Tea break
A great place to relax, read, feel inspired about sewing for pleasure or discover places to visit.
Places to visit
Tips and tricks
Tea break - visit
This information is a guide only; please check opening times, admission charges and other details for each venue before visiting. 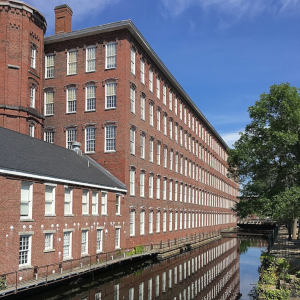 The Boott Mills in Lowell, Massachusetts were a part of an extensive group of cotton mills, built in 1835 alongside a power canal system in this important cotton town. Their founder was Kirk Boott, one of the early mill leaders in Lowell. He worked for the company responsible for the Merrimack Canal the first power canal in Lowell and built his mills in 1835. Running on hydropower, the original operation consisted of four gable-roofed brick mill buildings.

Today you can see restored working looms and other processes, as well as learn the history of child and immigrant labourers employed at the mill. 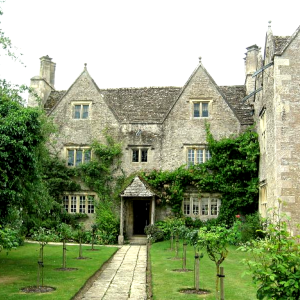 Kelmscott Manor, a grade 1 listed farmhouse adjacent to the River Thames, was built around 1600, with an additional wing added to the north east corner in about 1665. William Morris chose it as his summer home, signing a joint lease with the Pre-Raphaelite painter Dante Gabriel Rossetti in the summer of 1871. Morris loved the house as a work of true craftsmanship, totally unspoilt and unaltered, and in harmony with the village and the surrounding countryside.

The house - perhaps the most evocative of all the houses associated with Morris - contains an outstanding collection of the possessions and works of Morris, his family and associates (Benson, Burne-Jones, Rossetti and Webb amongst them), including furniture, original textiles, pictures, carpets, ceramics and metalwork. 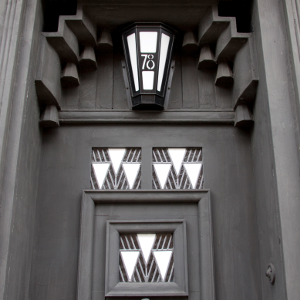 78 Derngate was famously re-modelled by Charles Rennie Mackintosh in 1916 for his client, Northampton model engineer, W.J. Bassett-Lowke. Purchased for Bassett-Lowke by his father as a wedding present, the house had originally been constructed 100 years previously.

It was faithfully restored in 2002-3 and is now open to the public as the only house in England designed by Mackintosh. 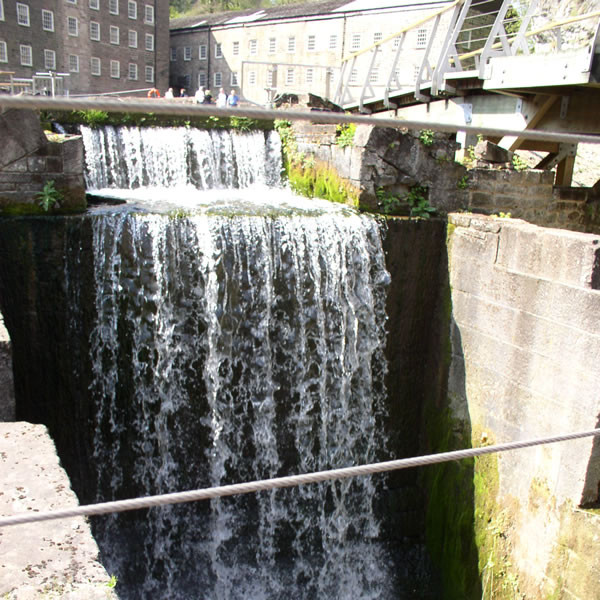 The Cromford Mill is a former water-powered cotton spinning mill located in the village of Cromford, Derbyshire, England. It went into history as the first cotton spinning mill to be powered by water as well as the first successful industrial-scale cotton production factory. The Cromford Mill had a tremendous influence on the cotton industry as well as the Industrial Revolution and is considered one of the first modern factories.

The cotton spinning mill at Cromford was built by English entrepreneur Richard Arkwright and his business partners in 1771. It started operating one year later; however, the work in the mill is thought to be mostly experimental until Arkwright filled a patent for carding machine in 1775. It was this carding machine which turned raw cotton into yarn and launched mass production of cotton to make Arkwright and his business partners a fortune.

Today you can tour the mill and the worker’s factory community set up by the Arkwright family. 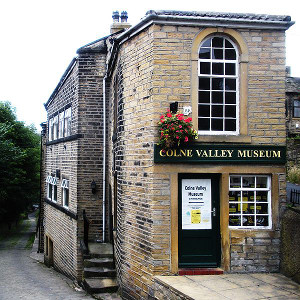 Step through the door of a traditional weaver’s cottage and you'll be transported back to the early 1850s.

Colne Valley Museum, a Grade 2 listed building, is housed in four cottages built in the 1840s by a family of independent cloth manufacturers, the Pearsons, whose relatives still live in Golcar today.

Wander through Colne Valley Museum’s period living room and wash kitchen to admire the Yorkshire range, flagstone floor and rag rugs. Visit the Loom Chamber, Spinning and Cropping rooms to delve into textile history, and venture into the clog-maker’s workshop with its full range of period tools.

There’s always something new to see in the Exhibition Room and often spinning, weaving and clog-making demonstrations. 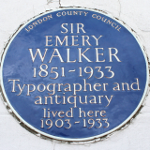 The son of a coachbuilder, Emery Walker was born in Paddington, London in 1851. Unlike his friend William Morris, Walker came from a working-class family and was forced to leave school and start earning at the age of 13. In 1886, in his mid-30s, Walker founded his own company, which built a reputation for expertise in photogravure, a technique that could reproduce photographic tones.

This house in London is thought to be the most authentic Arts & Crafts home in Britain – it is also thought to be one of the few houses in the world to have original Morris & Co wallpaper on every floor, and nearly every room in the house. These hand blocked wallpapers date back to the 1920s and some are rare designs and colourways. 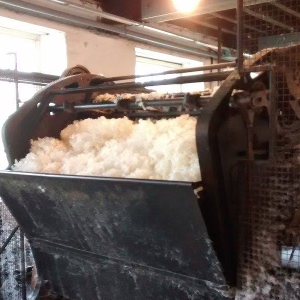 Wool was historically the most important and widespread of Wales's industries. The picturesque village of Dre-fach Felindre in the beautiful Teifi valley was once the centre of a thriving woollen industry, earning the nickname 'The Huddersfield of Wales'.

Located in the historic former Cambrian Mills, shirts and shawls, blankets and bedcovers, woollen stockings and socks were all made here, and sold in the surrounding countryside - and to the rest of the world.

Follow the process from fleece to fabric and visit the sympathetically restored listed mill buildings and historic machinery.

A raised walkway gives a unique view of textiles in production at Melin Teifi, the site's commercial woollen mill, while the Textile Gallery displays aspects of the National Flat Textile Collection. 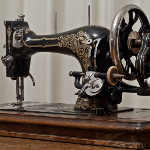 The collection includes sewing machines made in both Europe and North America, and on the pages, you will find information about many of the companies that manufactured sewing machines as well as photographs of various types of machine that were produced.

Europe’s first sewing machine manufacturer established in 1852 was Bradbury & Company, and there is a sister site which deals specifically with it. 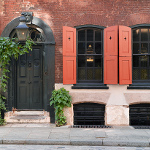 Dennis Severs’ House at 18 Folgate Street, Spitalfields is more than just a time capsule. It is both a breathtaking and an intimate portrait of the lives of a family of Huguenot silk-weavers from 1724 to the dawn of the 20th Century.

As you follow their fortunes through the generations, the sights, smells and sounds of the house take you into their lives. It was Dennis Severs’ intention that as you enter his house it is as if you have passed through the surface of a painting, exploring with your senses and imagination a meticulously crafted 18th Century world. 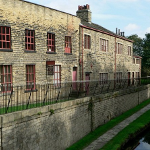 Leeds has a long history of involvement in the wool trade and its position as a centre of the cloth trade was greatly enhanced by the opening of navigable waterways, the Aire and Calder Navigation in 1690 and the Leeds/Liverpool Canal in 1700, which provided a direct link between Leeds and its customers and suppliers in Europe, Australia and the Americas. Armley Mills contains exhibits from the 18th century to the present day and tells the history of manufacturing in Leeds, including textiles, clothing, printing and engineering.

The galleries and collections tell the story of a number of industries that have shaped the city as it is today, from the recreated Victorian cottages through to the waterwheel. Visit the textile gallery, the milling room and fulling mill to find out more about Leeds' connection with the wool and cloth industries. 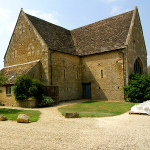 Cotswold Woollen Weavers has been in Filkins designing and making fine woollen cloth since 1982. They live and breathe the wool heritage that made the English Cotswolds, and draw their inspiration from the soft colours of the Cotswold landscape all around them.

On site there is a small textile museum and mill, gallery and exhibitions and a shop selling their Gloucestershire-woven cloth. A coffee shop and cycle hire are also available. 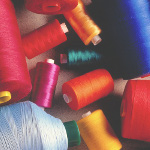 The Empress Centre is a mecca for craft and sewing enthusiasts. Part of a working thread mill, the large well-stocked shop houses the wide variety of threads crafted on site as well as an abundance of accessories, craft supplies and gifts. Regular exhibitions of sewing, handicraft and art take place.

Their roots lie deep in the textile heritage of Lancashire, for over 80 years the family business has been manufacturing threads and yarns.

There is also an online thread and haberdashery shop. 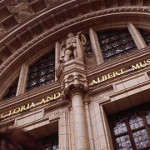 The V&A holds the national collection of Textiles and Fashion, which spans a period of more than 5000 years, from Predynastic Egypt to the present day.

Almost all textile techniques are represented, including woven, printed and embroidered textiles, lace, tapestries and carpets. 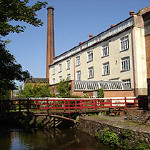 Since reopening as a museum in 1982 the mill has continued to produce high quality worsted knitting yarn on its period machinery. Take a fascinating factory tour to understand how the hand processes of spinning and weaving are performed on machines and the role of Thomas Fox in bringing these new inventions into the South West. Learn about Victorian mill conditions and how Quaker attitudes influenced the treatment and welfare of mill employees, many of whom were children.

Take a look at the mill’s impressive array of power sources including a recently restored 1821 High Breast Shot Water Wheel, an 1867 Kittoe & Brotherhood Beam Engine, a rare 1910 Pollit & Wigzell 300hp Steam Engine and a Lancashire Boiler, which they 'Steam Up' on special event days. 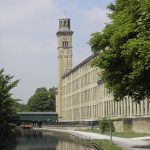 Saltaire Village is near Bradford in West Yorkshire. It is named after Sir Titus Salt who built a textile mill and this village on the River Aire. In December 2001, Saltaire was designated a World Heritage Site by UNESCO.

The worsted textile trade in Bradford started in the mid 1700s which brought people from the countryside and smaller towns, desperate for work. Textile workers, including small children, lived and worked in appalling conditions.

Sir Titus Salt built this amazing model Industrial Village between 1851 & 1876. The village consisted of Salts Mill, which produced 17 miles of cloth every day, neat stone houses for the workers, alms houses for the poor and needy, a girls' and boys' school and an institute, shops, wash houses, a hospital, churches and a park - but no pub - there was no drunkenness in Saltaire!

The Village still stands and most of the buildings have survived even if their function has changed. 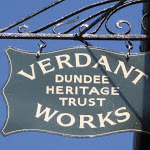 Verdant Works is so called because when it was built for merchant and flax spinner David Lindsay in 1833 the area was surrounded by green fields. The ready availability of water (the Scouring Burn) made it a perfect location for a mill.

In 1991 Dundee Heritage Trust purchased Verdant Works as a derelict site. Restoring 25,000 square feet of jute mill was a labour of love that took six years in all. Thankfully many of the original features remained, including, hidden under the floor, a lade, or stone channel used to divert water from the Scouring Burn to power the mill.

Today you can see restored machinery, hands-on exhibits and multimedia presentations explaining how raw jute was processed by softening, carding and drawing until it could be spun into threads and woven. 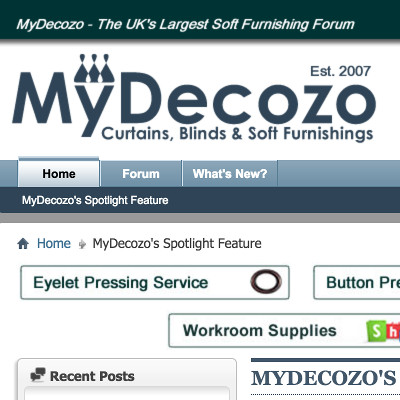 This is the UK's largest soft furnishing forum which has been running for over 9 years. It's members range from people who sew in their spare time, through individual self-employed workers based at home, up to professionals who run their own workrooms and shops. It is a source of unbeatable information, advice and support for whatever project you are undertaking. It can also be a great sounding board and simply a way to socialise online with other 'makers'.

They have shared a great free video tutorial showing how to make a roman blind, and there is also a MyDecozo YouTube channel which has many other tips. 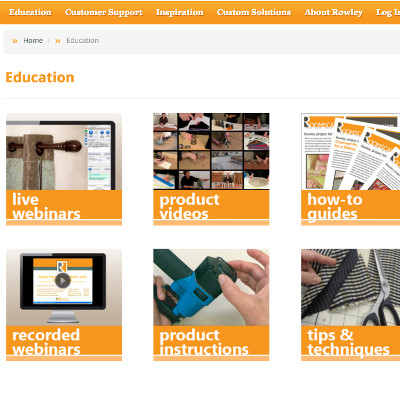 This the the education section on the website of a major US supplier of soft furnishing supplies. There are a range of videos, 'How To' guides and tips that are both interesting and useful. 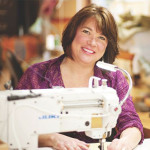 This lady runs a successful upholstery business in the US. She has her own YouTube channel where she shares tips and examples of her work - great if you are interested in upholstery. She also has a Facebook page.